An earth-sheltered home is a structure that’s built below ground, partially below ground, or into a hillside so at least one wall is completely encapsulated by the earth. Earth-sheltered homes have several advantages, especially for people interested in green building or net zero energy houses. They take advantage of the earth’s thermal mass, which can reduce energy consumption. If they’re built correctly, they can have lower maintenance costs and higher strength and durability. A home that’s below ground or nestled into the earth also has a minimal esthetic impact on the property.

Coleman and Susan Pulsifer had all of these advantage in mind when they built a partially earth-sheltered home in northern California. Coleman planned and constructed the home almost entirely by himself. He shares five lessons he learned during his DIY home building process.

Get to Know the Land Before You Start

“If I was going to counsel anyone about the concept of doing an earth-sheltered home, I’d really encourage them to take time on the land and look at it and understand its form,” Coleman says. “They should think very deeply about their particular site and how water flows on it.”

The reason is that building a home into the earth requires a more intimate relationship with the land. Putting the home in the right spot will minimize disruption of the earth and the amount of work for the builders. If you’re hiring a contractor, that will save you money. Understanding the ins and outs of the parcel will give the builder ideas about how they can best take advantage of the sun (both for lighting and passive solar heating) and minimize water intrusion.

“If you’re earth sheltering, you’re going to be doing a lot of grading and moving of soil,” Coleman says. To help picture where soil needs to be shifted around, he recommends using a hand sight level (also known as a hand level or sight level). You look through the small device like a telescope to compare places against a consistent point of reference. That will help you better understand what work needs to be done.

Manage Water Inside and Out

As was mentioned above, one of the most important reasons to understand the land before building the home is that water management is vital for earth-sheltered homes. One of the disadvantages of this building style is that houses are very susceptible to water damage.

To deal with the water that would flow around his home, Coleman created perimeter drains with perforated pipe inside and outside the structure. “That way, if the outside drain failed, the inside drain would be there to take up some of the slack,” he says.

Coleman built his walls with Faswall insulated concrete forms. They’re made with mineralized wood, which means they naturally resist rot, pets, and mold and mildew. They are somewhat permeable, though, so to make them more waterproof, he added three coats of waterproofing to the outside of the blocks. He then covered them with a layer of 10 mil polyester sheeting.

Besides building the walls with an appropriate material, Coleman coated the walls with plaster appropriate for his underground setting. When air flows into an earthen-sheltered home, it doesn’t have easy ways to escape since it’s surrounded by dirt. Because of that, it’s easy for it to condense on the walls and lead to mold or mildew ground.

Coleman is an advocate of using lime plaster for earthen-sheltered homes. “It’s reputed to be wonderful for resisting the development of mildew,” he says. He added a higher-than-usual portion of lime to his Portland cement plaster and has found it worked quite well. (Builders interested in learning more about lime plaster should check out the book The Natural Plaster Book: Earth, Lime and Gypsum Plasters for Natural Homes by Cedar Rose Guelberth and Dan Chiras).

“People say the earth is insulative and you don’t need insulation, but that’s an oversimplification that is incorrect,” Coleman says. While the earth’s natural embodied energy does reduce temperature swings in a home, soil does get quite warm and quite cool. Anyone hoping for more control over the interior temperature – without running a heater or air conditioner constantly – must pay careful attention to the home’s insulation.

This is another area where the Faswall product made a big impact. The mineralized wood blocks have hollow cores that are filled with cement once they’re stacked. “Faswall was so wonderful because the material itself, once it’s filled with concrete and with no additional insulation, still has a very high R-value,” says Coleman. “That’s inherent in the material and the way it’s made. That’s worked very well for us.

“The maximum temperature downstairs is 80 degrees, even when it’s August and 105 degrees and everything is parched brown,” he continues. The downstairs rooms also stay warm enough to be comfortable during the coldest days of winter.

Earth-sheltered homes can be dark in addition to dank. Coleman solved that problem by building wing walls off the main body of the house, where he needed to construct retaining walls anyway.

“The retaining walls went all the way up and were the same height as the rest of the foundation,” he says. “South of the retaining walls I put in windows with sills about three feet off the floor, then backfilled the walls with dirt. The retailing walls coming out from the house allowed us to backfill the majority of the house so it’s mostly earth-sheltered, but our downstairs has light coming in from three sides.”

The earth’s insulating properties make it easy to add a root cellar to an earthen-sheltered home. Coleman and Susan’s solar powered, off-the-grid home didn’t originally have the capacity to power a refrigerator. Instead, they stored most of their food in ice chests and the root cellar.

“Pantries and closets are frequently too warm,” Coleman says. By contrast, the underground root cellar stays cool for the majority of the year. They were able to keep winter squash and other vegetables in the space for nine months, and keep their ice bill down by having a temperate setting for their coolers.

Paul Wood is has more than 30 years experience in the construction industry. He spent over a decade with Habitat for Humanity International, building homes across Latin America, the Caribbean, and the United States. For the past 10 years, Paul has been the co-owner of ShelterWorks, maker of Faswall blocks, an insulated concrete form (ICF) that can be used to build extremely green homes. Connect with Paul on Facebook and Twitter.

For a free estimate or more information. 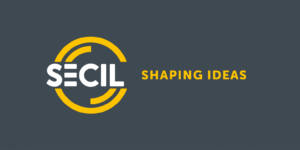